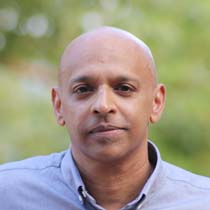 The impetus for healthy living came from my experience in owning and managing my own preschools, which I still do. When I started in the school business, the children in my schools were crazy. Never had I seen so many children with ADD, ADHD, allergies, and many behavioral issues. It was astounding; an epidemic if you will.

So I started researching the cause of it, and discovered that it was the food that was causing all of those problems in the young children. From High Fructose Corn Syrup (HFC), Genetically Modified Organism’s (GMO’s), food coloring, growth hormones, additives, nitrates, excess salt, sugar, and a whole litany of evil ingredients. So I banned these food products, or at least dramatically reduced their consumption, in my schools. (The sheer scale of the bad food made it impossible to have a complete ban of these products). Gradually, I saw improvements. Over an 8 year period I personally saw dramatic progress. I worked closely with parents to make sure that they gave only healthy food to their children. I chided them via emails, I did spot checks of lunch bags, sent parents educational emails and even created a healthy lunch program for the school as best I could. I banned Pizza and all junk food. ( No crazy snacks).

And what a difference it made to those young children. Looking after your children is the best investment you can make; it’s an that is than a 401K plan, because a healthy child will grow up to excel. Good food provides better brain power, and better brain power helps them succeed in life. Successful healthy children will be in a position to look after you in your old age. 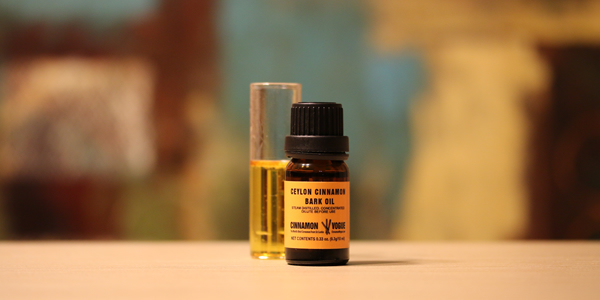 Then one day my mother went to Sri Lanka and brought back a bottle of Cinnamon Oil. The aroma of it was heady, exotic, and just out of this World. She used to sprinkle a little in the house when guests visited, and everyone asked her what it was!  (They wanted some Ceylon Cinnamon Oil too). It sparked my curiosity, and so I began my research.  and discovered that Ceylon Cinnamon was unique to my country of birth. Imagine me not knowing that my country of birth, Sri Lanka, was World famous for Cinnamon? Not only that, Sri Lanka is the original source of Ceylon Cinnamon. True Cinnamon, and it still produces 95% of the World’s Ceylon Cinnamon. That was remarkable.

And then I discovered another tragic American food industry distortion. The Cinnamon you get in the stores is not real Cinnamon. It’s Cassia Cinnamon. In fact it should be called Cassia and not Cinnamon. Cassia Cinnamon is cheap and cheerful with a hard bark and high levels of Coumarin that damages your liver. Ceylon Cinnamon is mild, sweeter and has a more fragrant aroma. Ceylon Cinnamon is soft and an entrenched part of Sri Lankan cooking. This led me to another discovery. Mexico is the biggest export market for Ceylon Cinnamon. Coincidentally both Sri Lanka and Mexico had one of the lowest cancer rates in the world. Coincidence? I think not. But that is changing as Mexico has got addicted to sugar resulting in an epidemic of type 2 diabetes which in turns to lead to cancer and 13 other diseases.

I want to educate America on the benefits of healthy living. While Ceylon Cinnamon is at the forefront of that effort for me, it is by no means the only strategy for healthy living. Sine we started we have discovered the Keto diet and intermittent fasting which more than anything will dramatically improve your health. This blog will attempt to show you how to live healthy by bringing my unique experiences to the vast pool of information out there.  Because I have lived all over the World, I can take best practices for healthy living from all corners of the world and bring them to you.

The Sri Lankan diet is by and large very healthy. Because of a lush tropical countryside they are the masters at creating amazing vegetarian dishes. No other country will come close to sheer variety and diversity of Sri Lankan vegetarian dishes. Infused with beneficial spices, fresh cooking and quality ingredients. Meat was and is very expensive in Sri Lanka, so they have learned how to be efficient with meat and also rely on healthy fish as part of their diet. The result is low cancer rates. Of course not all Sri Lankan cuisine is healthy. But the vast majority of Sri Lankan meals are cooked fresh because to tell you the truth they don’t have access to expensive refrigerators. But it is also because they do like their fresh food, which tastes so much better. And a Sri Lankan Cinnamon Mackerel curry or Cinnamon Cabbage stir fry is out of this world. But the sad news is Sri Lanka has also developed Type 2 diabetes on a massive scale because of their addiction to sugar, so cancer rates will shoot up soon. It goes to show no more amount of spices can overcome the toxic effects of sugar.

Having lived in Hong Kong and China for many years I also discovered the amazing variety of healthy Chinese food. By and large the Chinese are not obese because they drink Chinese tea during and after each meal. They also eat very little sweets. In fact Chinese desserts are pretty horrible. The benefit is they just don’t get fat.  Because of many famines, the Chinese have been adept at making the most of what they have. That is why there is a Chinese restaurant in virtually every city in the world. No other cuisine has the same universal appeal as Chinese food.  Again that is not to say all Chinese food is good. But we can take the best and leave the rest. And there is a lot that is good with Chinese and Asian foods, especially Malaysian and Indonesian food. Alas China too has developed an epidemic of Type 2 diabetes. American influence has led to an addiction to sweets. Their rates of Type 2 diabetes is now higher than the USA.

From my days in Africa I can tell you about the taste of grass fed beef  Boerewors, a type of South African sausage, which is an absolute delight. I make regular trips to the African Hut, a South store in Laguna Nigel, California to get my staple of British and African foods. Visiting ethnic stores is a passion of mine. You should do it too, because you can find really good products in these tiny stores. Like the Sri Lankan Ketchup in the Indian store that is the best in the world. Many of these products have very little preservatives to boot. Not all, mind you, but quite a few. Pick and choose and expand your food choices. 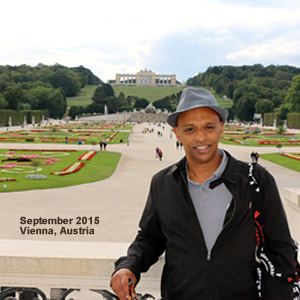 So there you have it. A little bit about me and my philosophy on food and the story behind it. Diversity of food choices and moderation is the key to health. Plus a low Carbohydrate high fat diet (KETO diet) and intermittent fasting. Although I was born a Buddhist that no longer practices it as such, some of its principles are in my thought processes to this day. Buddha said the middle path was the best. American tradition dictates extremes. While this is good for achieving amazing things like sending a man to the moon or inventing the internet, sometimes we must temper these extreme tendencies for when it it is right. That does not mean you shouldn’t excel. Merely that you must think of the consequences of your actions whether it is the food you put in your mouth or how you treat your neighbor. Like a Work-Life balance. Healthy living and giving. Quantity is not everything. Quality is.