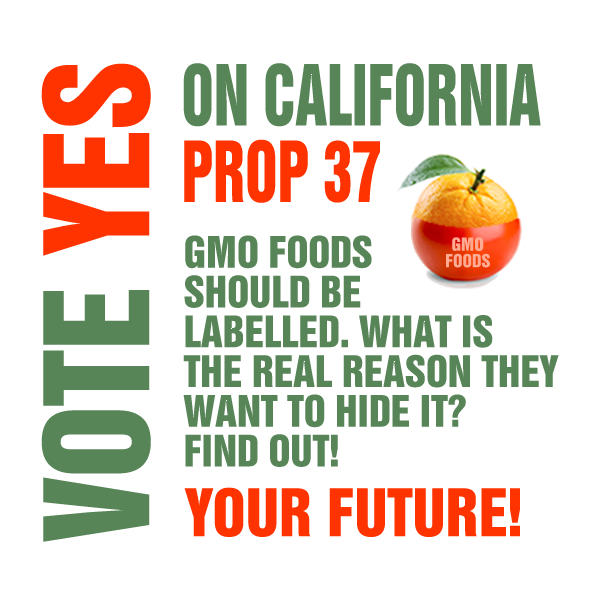 Please Vote YES on Prop 37.Here at Cinnamonvogue.com our mission is not only to promote Cinnamon, but also promote healthy food choices. California Prop 37 and $41-45 million spent by big corporation’s to stop the GMO labeling requirements has brought to attention many issues. Fortunately a small company called getUnreal has proved that we don’t have to accept the status core. They have proved that you can actually make a healthy candy for the same price. Without corn syrup, without artificial flavor, without hydrogenated oils, without preservatives, without GMOs, less sugar, more protein and fiber. Many of you will know that we designed out Ceylon Cinnamon using real Cinnamon and without artificial or natural flavors.

What is unusual is that all the newspapers are saying NO to Prop 37. Most of the major food companies that we love like Whole Foods, Trader Joe’s a have been silent according to Cornucopia. What gives? Are the newspapers being threatened with loss of advertising? Are Trader Joe’s and Whole Foods scared of going against the big manufactures? Thanks  to mommy greenest I discovered that our even our sugar is GMO. It comes from beet instead of sugar cane.  Darn it! And many of the top organic brands like Kashi are against prop 37. Wow. Why are they so violently against GMO labeling? And the relentless advertising makes no sense and is pretty vague on the details. Europe apparently has these GMO labeling requirements without any huge cost increases.

But I am happy that getunreal is making progress. I take my hat off to Tom Brady, Gisele Bundchen, Matt Damon, John Legend, and Jack Dorsey for making a contribution. Visit the unreal site and think how you can make better food choices. Better still, buy some getunreal candy and only getunreal candy.

But let’s not be complete fools. Let’s take a complete look at the proposed legislation in detail. As put forward by the state of California. I have made rebuttal arguments in orange.

Requires labeling on raw or processed food offered for sale to consumers if made from plants or animals with genetic material changed in specified ways.

Prohibits labeling or advertising such food, or other processed food, as “natural.”

Increased annual state costs ranging from a few hundred thousand dollars to over $1 million to regulate the labeling of genetically engineered foods.

Potential, but likely not significant, costs to state and local governments due to litigation resulting from possible violations of the requirements of this measure. Some of these costs would be supported by court filing fees that the parties involved in each legal case would be required to pay under existing law.

ANALYSIS BY THE LEGISLATIVE ANALYST
BACKGROUND

Genetically Engineered (GE) Foods. Genetic engineering is the process of changing the genetic material of a living organism to produce some desired change in that organism’s characteristics. This process is often used to develop new plant and animal varieties that are later used as sources of foods, referred to as GE foods. For example, genetic engineering is often used to improve a plant’s resistance to pests or to allow a plant to withstand the use of pesticides. Some of the most common GE crops include varieties of corn and soybeans. In 2011, 88 percent of all corn and 94 percent of all soybeans produced in the U.S. were grown from GE seeds. Other common GE crops include alfalfa, canola, cotton, papaya, sugar beets, and zucchini. In addition, GE crops are used to make food ingredients (such as high fructose corn syrup) that are often included in processed foods (meaning foods that are not raw agriculture crops). According to some estimates, 40 percent to 70 percent of food products sold in grocery stores in California contain some GE ingredients.

Federal Regulation. Federal law does not specifically require the regulation of GE foods. However, the U.S. Department of Agriculture currently places some restrictions on the use of GE crops that are shown to cause harm to other plants. In addition, the U.S. Food and Drug Administration is responsible for ensuring that most foods (regardless of whether they are genetically engineered) and food additives are safe and properly labeled.

State Regulation. Under existing state law, California agencies are not specifically required to regulate GE foods. However, the Department of Public Health (DPH) is responsible for regulating the safety and labeling of most foods.

PROPOSAL
This measure makes several changes to state law to explicitly require the regulation of GE foods. Specifically, it

(1) requires that most GE foods sold be properly labeled,
(2) requires DPH to regulate the labeling of such foods, and
(3) allows individuals to sue food manufacturers who violate the measure’s labeling provisions.

Engineered” on the front package or label. If the item is not separately packaged or does not have a label, these words must appear on the shelf or bin where the item is displayed for sale.

Retailers (such as grocery stores) would be primarily responsible for complying with the measure by ensuring that their food products are correctly labeled. Products that are labeled as GE would be in compliance.

For each product that is not labeled as GE, a retailer generally must be able to document why that product is exempt from labeling. There are two main ways in which a retailer could document that a product is exempt: (1) by obtaining a sworn statement from the provider of the product (such as a wholesaler) indicating that the product has not been intentionally or knowingly genetically engineered or (2) by receiving independent certification that the product does not contain GE ingredients.

Other entities throughout the food supply chain (such as farmers and food manufacturers) may also be responsible for maintaining these records.

The measure also excludes certain food products from the above labeling requirements. For example, alcoholic beverages, organic foods, and restaurant food and other prepared foods intended to be eaten immediately would not have to be labeled. Animal products—such as beef or chicken—that were not directly produced through genetic engineering would also be exempted, regardless of whether the animal had been fed GE crops.

In addition, the measure prohibits the use of terms such as “natural,” “naturally made,” “naturally grown,” and “all natural” in the labeling and advertising of GE foods. Given the way the measure is written, there is a possibility that these restrictions would be interpreted by the courts to apply to some processed foods regardless of whether they are genetically engineered.

State Regulation. The labeling requirements for GE foods under this measure would be regulated by DPH as part of its existing responsibility to regulate the safety and labeling of foods. The measure allows the department to adopt regulations that it determines are necessary to carry out the measure. For example, DPH would need to develop regulations that describe the sampling procedures for determining whether foods contain GE ingredients.

Litigation to Enforce the Measure. Violations of the measure could be prosecuted by state, local, or private parties. It allows the court to award these parties all reasonable costs incurred in investigating and prosecuting the action. In addition, the measure specifies that consumers could sue for violations of the measure’s requirements under the state Consumer Legal Remedies Act, which allows consumers to sue without needing to demonstrate that any specific damage occurred as a result of the alleged violation.

Increase in State Administrative Costs. This measure would result in additional state costs for DPH to regulate the labeling of GE foods, such as reviewing documents and performing periodic inspections to determine whether foods are actually being sold with the correct labels. Depending on how and the extent to which the department chooses to implement these regulations (such as how often it chose to inspect grocery stores), these costs could range from a few hundred thousand dollars to over $1 million annually.

Potential Increase in Costs Associated With Litigation. As described above, this measure allows individuals to sue for violations of the labeling requirements. As this would increase the number of cases filed in state courts, the state and counties would incur additional costs to process and hear the additional cases. The extent of these costs would depend on the number of cases filed, the number of cases prosecuted by state and local governments, and how they are decided by the courts. Some of the increased court costs would be supported by the court filing fees that the parties involved in each case would be required to pay under existing law. In the context of overall court spending, these costs are not likely to be significant in the longer run.

ARGUMENT IN FAVOR OF PROPOSITION 37

Consumers, family farmers, doctors, nurses, nutritionists, and small business people and NEARLY ONE MILLION CALIFORNIANS ALREADY STEPPED UP TO SIGN THE PETITIONS GIVING YOU THE RIGHT TO KNOW WHAT’S IN OUR FOOD. WILL YOU JOIN THEM?

Find out more or join us now at www.CARightToKnow.org. When you vote on Prop. 37, please ask yourself just one question: DO I HAVE THE RIGHT TO KNOW WHAT IS IN THE FOOD I EAT AND FEED MY FAMILY? The answer is Yes on Proposition 37.
www.CARightToKnow.org

REBUTTAL TO ARGUMENT IN FAVOR OF PROPOSITION 37

“There is no scientific justification for special labeling of bioengineered foods.”—American Medical Association, June 2012

10. PROP. 37 MEANS HIGHER FOOD COSTS - 37 forces farmers and food companies to implement costly new operations or switch to higher-priced, non-GE or organic ingredients to sell food in California. (This assumes that everybody wants non GE foods. What a silly argument. If everybody wants non GE foods what does that say about the GMO foods. The best thongs is for farmers to continue making GMO foods and lets the people decide what they want instead of hiding it.)

11. Economic studies show this would increase food costs for the average family by hundreds of dollars annually—a HIDDEN FOOD TAX that would especially hurt seniors and low-income families who can least afford it. “37 would unfairly hurt family farmers and consumers. It must be stopped.”—California Farm Bureau Federation, representing 80,000 farmers. (I am not sure how a few labels could increase food costs by a few hundred dollars. Again this assumes that most people do not want GMO foods in which case we should get rid of anyway)