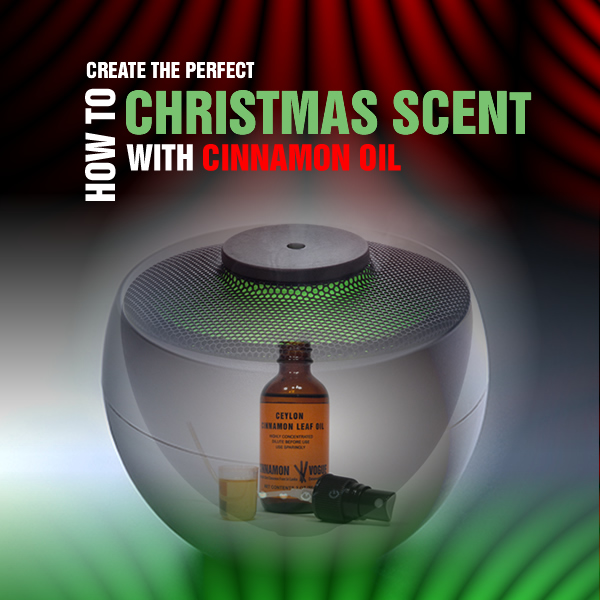 Ask almost anyone which is the scent of Christmas and the top answer will be Cinnamon. Ironic considering that true Cinnamon comes from the tiny tropical Island of Sri Lanka, a World far removed from the Christmas tradition of the United States. In fact Sri Lanka supplies most of the Cinnamon Oil in the World.

How this tradition started is anyone’s guess. But the most obvious reason is that the smell of Cinnamon is a truly uplifting scent. It has been scientifically proven to improve people’s mood, alertness, relax them and make them far less irritable. The perfect antidote to the stressful holiday season. According to Time Magazine the smell of Cinnamon also makes you spend money.

Cinnamon is also a natural disinfectant. Christmas is a time of many parties, gatherings and heavy social interactions. Which means you come into contact with many varieties of germs from different people. You are likely to shake hands, hug, kiss, eat and drink with more people than normal. And Cinnamon, especially powerful Cinnamon oil, will help reduce the chance of getting ill.

So skip air fresheners and other synthetic fragrances this holiday season. Instead, use natural, chemical-free Ceylon Cinnamon Oil in creative ways to scent your home with the comforting aroma of Christmas and make everyone very happy. It could be your secret weapon to get through the holidays with outstanding success.

Nebulizing Diffuser – Of all the way to use Cinnamon Oil the best way to use Cinnamon Oil remains to use it in a diffuser. We found this ultrasonic aromatherapy diffuser at Brookstone, which at $59.99 is great value and looks like a stylish black bowl. All you need is pure high quality Cinnamon oil like our Ceylon Cinnamon leaf Oil and water. It creates an extra fine mist that subtly scents its surroundings for up to 24 hours. We also love the Five-Sense Sha Medium Aromatherapy Diffuser, which at $339 is expensive but hey it comes with built in soothing music, iPhone integration and glowing LED lights. This and a bottle of Cinnamon Oil is great as a great gift idea for a loved one or business client. 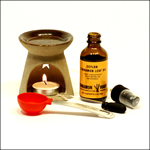 Simple diffuser – If you don’t want to spend too much money, a simple ceramic diffuser will do. Just add water and a drop of Ceylon Cinnamon Leaf Oil and the whole house will smell great. Don’t add more than a 2-3 drops because pure high quality Cinnamon oil is very powerful. Experiment and see which ratio of water to cinnamon oil works for your diffuser. As a rule of thumb a tablespoon of water to 3 drop of Cinnamon Oil works pretty well. 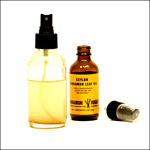 Spray Mister Bottle – Simply mix 1% Ceylon Cinnamon leaf oil with 99% water in a fine spray mister bottle and you are ready to go. Spray a little on your curtains (does not stain on 99% of surfaces but check in a corner first), on potpourri, wreaths, the Christmas tree, the trash can, the cat litter area or any area that smells bad or needs a good smell. You can get a fine spray mister bottle from the dollars store or even user a larger spray bottle available from Home Depot. Shake the bottle frequently since Oil and water does not mix well. 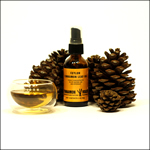 Spray 100% on decorations – You can spray a squirt of 100% Cinnamon Oil on pine cones, Christmas wreathes and other decorations. However when you use 100% Cinnamon Oil make sure it is just a squirt since the smell is very strong and can almost be over whelming. This is the lazy mans’ approach. If you can always use diluted Cinnamon Oil which is preferable but its’ not hard and fast rule. If you are handing 100% Cinnamon Oil you should either wash your hands very well after use or wear gloves because it is hot like chili and will create a burning sensation on contact with skin. 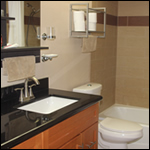 Toilets – Squirt 100% Cinnamon Leaf Oil in an inconspicuous corner of your toilet. That will make the toilet smell amazing, especially when you have guests over. Make sure the dog does not get access to the toilet and start licking, because his/her tongue could get pretty hot if they lick the oil, although they usually will keep away from Cinnamon oil. You can also use the Cinnamon Oil to wipe down the toilets and disinfect, but for wiping down use 1% Cinnamon Oil with 99% water. If you use 100% Cinnamon oil to wipe down the toilet seat, your guests will be burn their private parts and they going to be very unhappy.

Disinfect the house – Since Cinnamon oil is one of the most powerful all natural disinfectants you can find this is a great way to disinfect the house and get it smelling nice for guests and family. In fact it is also effective against many antibiotic resistant bacteria and viruses. Since you will have lots of visitors during the holidays, wipe down door knobs, light switches, kitchen counter tops, cutting boards, tables with the 1% Cinnamon Oil and 99% water solution and micro fiber cloth.

Mix it with other scents – Cinnamon blends well with Orange, Cloves, Star Anise. Ad a drop of Cinnamon Oil, sliced Orange peels, Star Anise and Cloves in jug with hot water and let the aroma waft into the room.